We noticed that you're using an ad-blocker.

Spectator is a registered 501(c)3 nonprofit organization. We use advertising revenue to subsidize the cost of providing journalism to the campus, and to fund over fifty students who are on our work-study program.

Please consider helping us out by whitelisting our site in three easy steps.

If you're using AdBlock Plus:

If you're using UBlock Origin:

SUBMIT A TIP | SUBMIT AN OP-ED

I never wanted to be hindered

I never wanted to be hindered 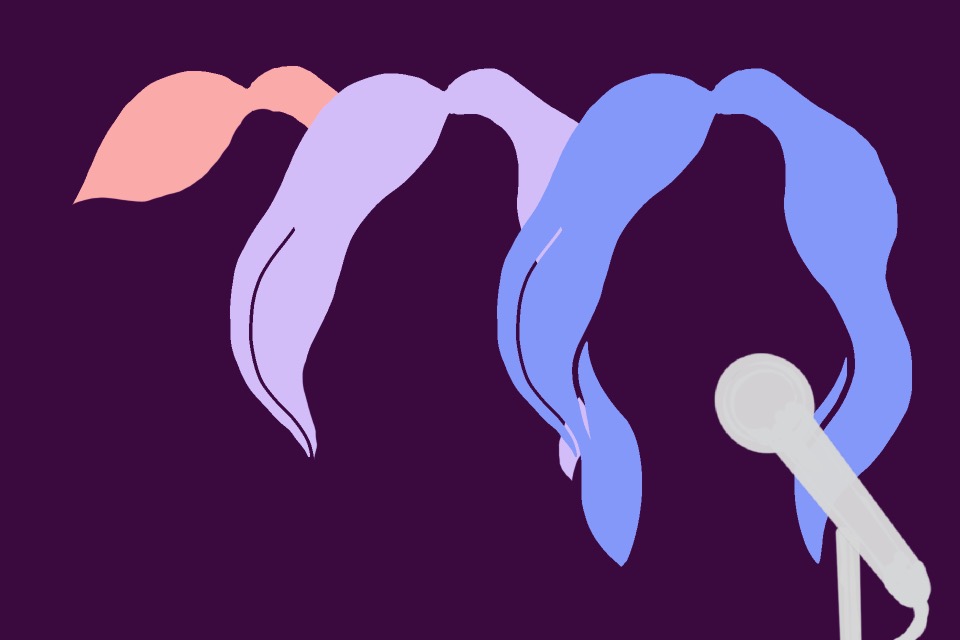 I first realized when I was five years old, sitting criss-crossed, holed up in my corner of a cold ABCs rug, that there was something hiding inside me, something I couldn’t hold, something I couldn’t heal with a hug. I sat with my head held up, pretending to focus as my kindergarten teacher shared with my class the primary struggles of our time: addition, subtraction, and counting to ten.

On this particularly notable date, I first caught a glimpse of my future fate within the tiniest hint of a broken-gendered thought: “When I become a dad, I’ll raise my daughters as sons and sons as daughters.” With this single unsophisticated elementary school thought, I got closer to my truth than I would at any other moment before the end of my adolescence. I just didn’t have the clarity or the words to fully realize it, evidenced by my misguided use of the word “dad.”

That thought surely lingered over my formative years whenever my dad, in his working-class Midwestern drawl, would let out his favorite phrase, his own personal fad, always soon met with my mad anger: “my strapping son.” It was precisely that thought which haunted me whenever I cringed in disgust at the idea of growing into a man’s smelly musk, that thought which convinced me that I couldn’t fully share myself with the world. It was that thought which I fearfully denied and banished to the most guarded corners of my mind.

My lack of forthright evaluation and expression exhausted me as I unknowingly caved to the clutches of my cisgender-heterosexual surroundings—thank you, Catholic shame—as I thoughtlessly suppressed my being until I became severely depressed. Regardless of my yearning to be understood for my own personhood, I revoked my truth until I only recently became ready to reevaluate my responsibilities and reproach my irresponsible reneging of my right to be me. I grappled with my thought under lock and key, building up static pain in the attic of my brain without ever letting myself be truly seen in more than gay glimpses.

Nearly nine months have passed since I saw what I needed to see to accept myself, in part due to the lessons that this school has imparted upon me. In the new topics I’ve discussed and relatable concepts I’ve actualized in classes, Columbia gave me the tools to find my voice. On top of these tools, I built the self-confidence I needed to personally grapple with the primary questions of my existence—including some basic but, for me, necessary Contemporary Civilization questions like “what is the meaning of my life?” or “what is my good life?” In answering these questions this past summer, I realized I preferred “they” pronouns—a simple concept that had never entered into my perception until my arrival and subsequent survival at our shared school—and have chosen a more comfortable name (which might prove temporary but I swear is more fitting than before).

Even though I couldn’t recognize or share its revolutionary spot in my life’s evolution at the precise moment it first occurred, I intuitively knew that this momentous epiphany eventually needed to be heard. I took from this school the experience and the empowering feeling of simply knowing and relating.

It took me over two years here to look and see what I wanted to be, who I wanted for myself. At Columbia, a school with seemingly limitless outside pressures and imminently endless opportunity, I assumed incorrectly that the totality of what it meant to be myself must be subsumed by a sheet, a single resume, ultimately culminating in May 2021 when I would finally be done.

However, that is not all to this school’s reality. Uniquely among schools I could have attended as a first-generation college student, Columbia encouraged me to explore outside my intended economics major and allowed me the opportunity to take top-notch classes in the humanities. In those literature, philosophy, and MESAAS classes, driven by motivations other than profit, I found a more complete self who I could accept with new words in spite of my flaws because I felt free. It’s sometimes hard to believe, I know, but this school is more than a resume; it’s an institution where voice matters. Find yours.

Nat (they/them/their) is a junior in CC and is currently majoring in economics-political science; however, their voice is telling them to switch to a double major in political science and human rights with a specialization in economics as soon as possible. If you’d like to voice your concerns about your own voice, email them at njk2137@columbia.edu. Their column Gender Troubles runs on alternate Mondays.

To respond to this column, or to submit an op-ed, contact opinion@columbiaspectator.com.

ADVERTISEMENT
From The Blog

Newsletter
Sign Up For SpecNewsletters
Get the latest news and top stories delivered to your inbox.
Related Stories
ADVERTISEMENT